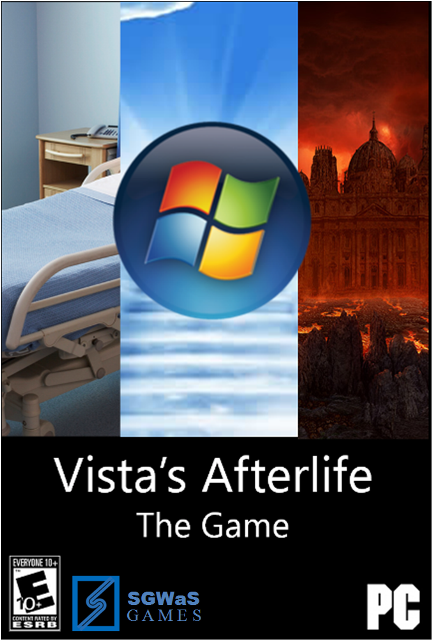 Original title: "I made a video game!"

Hi everyone! I've been working on a PC video game for a couple of months now, and I think it's ready to be shared here. It's not in a fully complete state yet, but it's getting very close by now.

It's called Vista's Afterlife: The Game, and is based on my Vista's Afterlife series of videos that were very successful on YouTube. (Though they are no longer up on YT. There's a link to the Vidme reupload below.) It is built off of the Open Surge Engine version 2.0.

The story is very similar to the VA movie:

"The day is April 11, 2017. Microsoft is ready to discontinue Windows Vista. She is sent to Heaven to live with the great operating systems. Suddenly, Vista is blocked by 3.1 and XP, the guardians of the Gates of Heaven. They do not allow Vista to go into heaven; instead, she has to prove herself worthy by staying in the underworld for a while, fending herself off and fighting for survival. Vista begrudgingly accepts it, and is sent to Hell.

Suddenly, she is captured by ME, one of the permanent visitors of the underworld. She is trapped in a palace with warp rooms to various levels.

This is all part of ME’s plan to let him and the other bad OSes escape Hell and rein on Earth.
Vista must complete every one of the zones, make her way out of the trap and defeat ME before it’s too late!"

The game plays exactly like the classic 2D Sonic games and contains 7 zones: Heavenly Havoc, Lush Shores, Midnight City, Magma Mines, Techno Traverse, ME's Warehouse and Final Fright. There is also a full guide for the game in case you get stuck, albeit the fact that it's still incomplete.

The latest build is the Thanksgiving Build, which was released the 9th of October (which is Canada's Thanksgiving Day). Give it a try if you're interested, and maybe watch the Vista's Afterlife film to get a better idea of what this is, kind of, trying to replicate.

Re: Vista's Afterlife: The Game

It's almost Halloween, and in time for it, I made a new build showing off the new improvements I made to the zones. Needless to say, they're big.

First, I've taken into account the complaints and constructive criticism made by Alexandre on the Open Surge forum 2 weeks ago, and have given select levels more pathways and secrets. The biggest change in terms of level design is Heavenly Havoc Act 1; there is now a path below and above the normal one. Other improvements include making things easier to see at times (TT Act 1), reworking crappy gimmicks (also TT Act 1, making it so you don't have to lose rings when entering the last section), fixing more loops, and adding hint objects to give the player advice when needed.

Second, the aesthetics. Midnight City has been completely reworked into an industrial zone at dusk with nature fighting for prominence. The first act is blue, quiet and groovy, and the 2nd act is bustling with exciting music and brighter colours. Credit to Skylights for making some of the sprites used in this zone.

Some of the other zones have been given new coats of paint as well, like Heavenly Havoc (grey), Magma Mines (orange, red), the Hub World (red) and the intro sequence (orange to match the background).

Third, a totally new act has been added to Techno Traverse as a continuation of the boss act. You must escape from the arena and make your way up to RT's retreat, with lava chasing you all the while. I added this to make the TT boss more interesting, and keep the "tradition" of the hard part of RT's bosses not being the fight itself, but what comes afterwards (though the real boss could be harder if your don't jump in right away).

Here's some screenshots of the new Midnight City that are also included in the game's files: 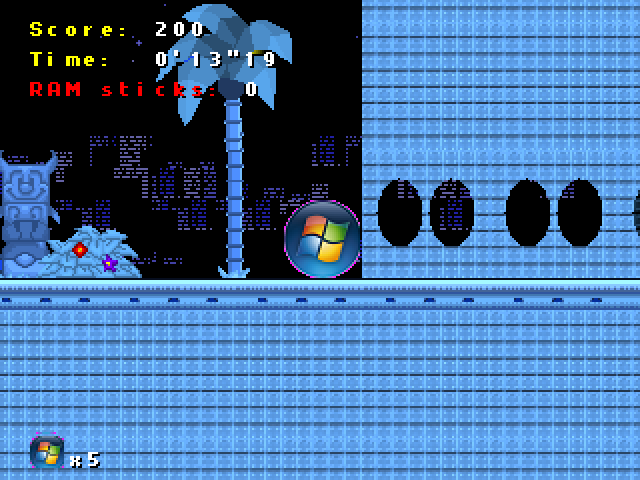 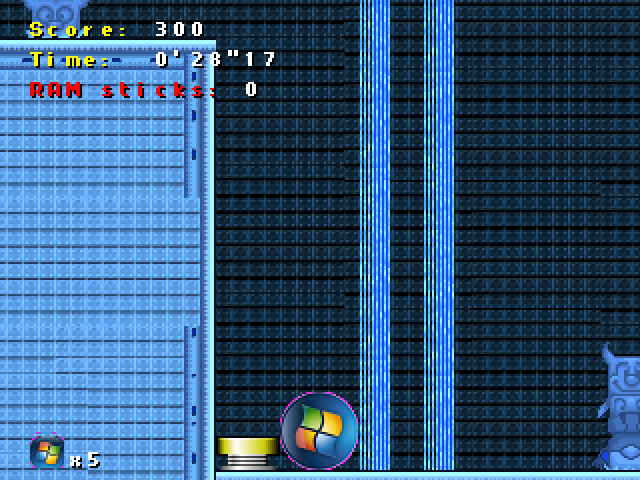 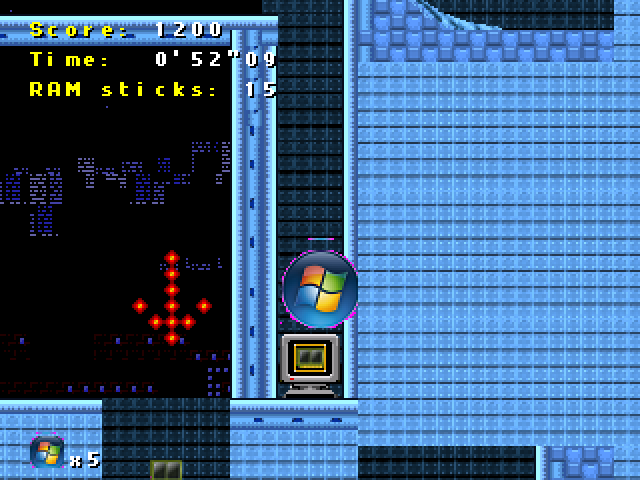 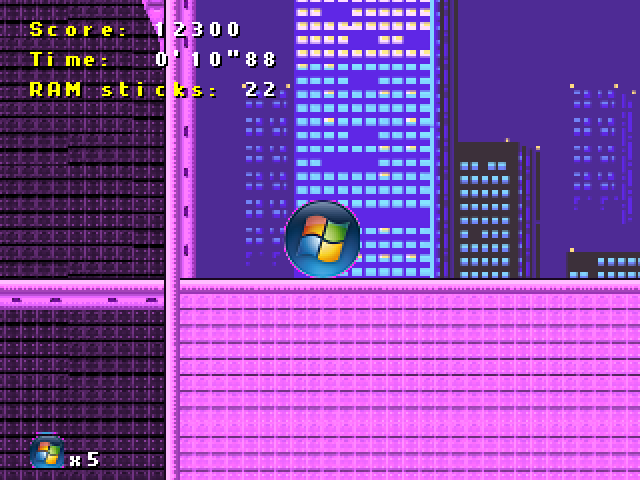 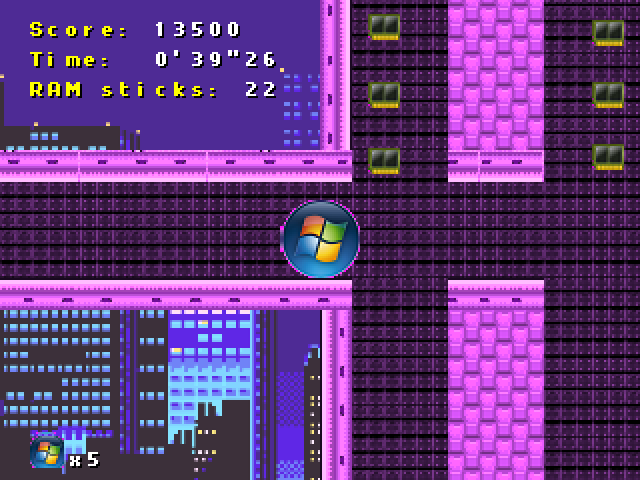 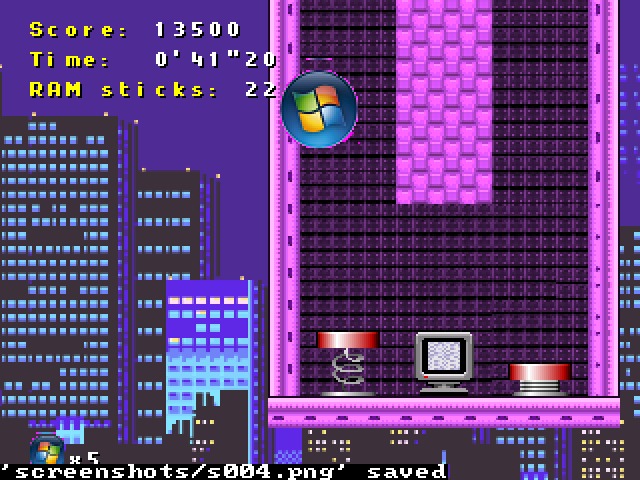 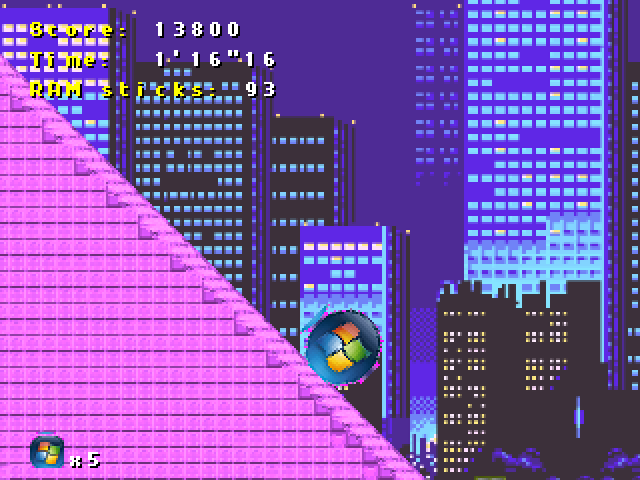 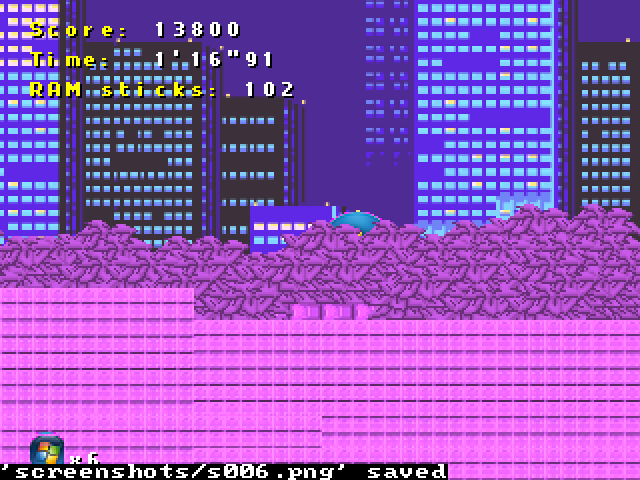 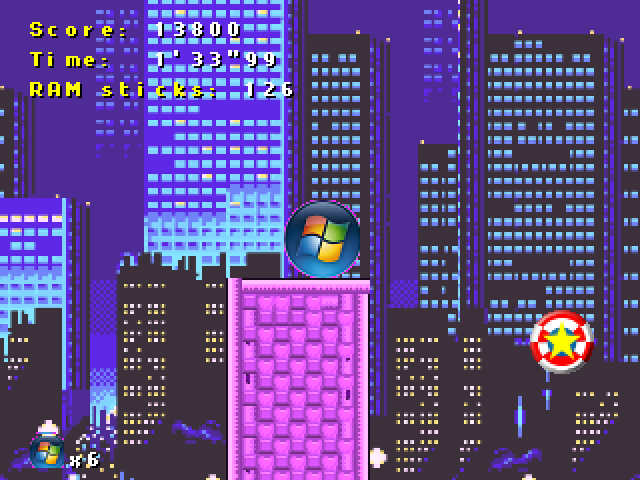 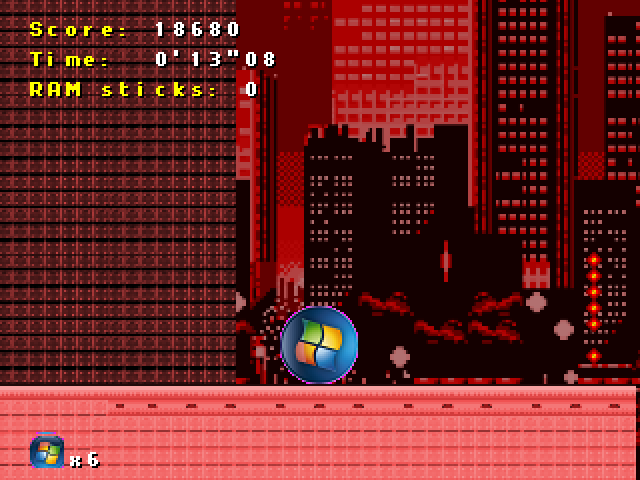 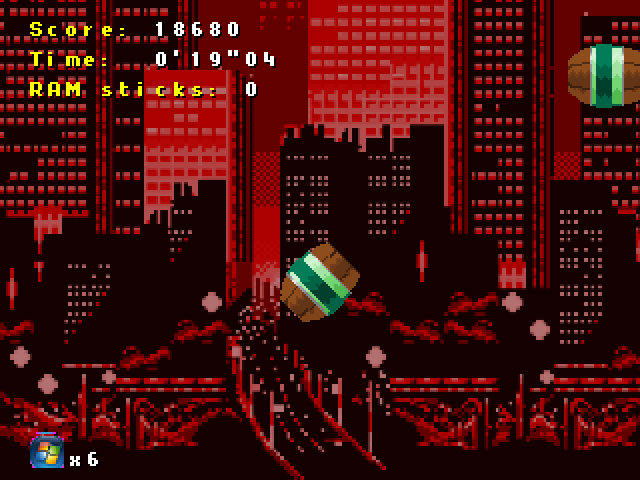 Feel free to tell me what you think!