I am new to the Dreamcast scene but I am quite enjoying this little console. My first one is a Va0 it has a bba on it which I still haven't used and recently I bought a 2nd unplanned va1 in a very nice yellow housing. I also have bought a karaoke just waiting on the lazy seller to finally ship it for putting all the mods I plan to do to the va0.
Already done mod:
Rgb color changing led on the va0

Planned mod:
Dreampi
Ide mod
2.5 Hdd or CF ( I bought an SYBA IDE to Compact Flash Adapter and an Olmaster 2.5" Hard Drive Mobile Rack to see which one I like more)

Unplanned but possible mods:
Real water cooling( I love the metal fan in the va0 but I have to admit it sounds like a little turbine and as pointless as it would be to water cool a Dreamcast I still think it would be cool.)
Hdmi
Internal ps2 game controller adopter ( I find the Dreamcast controller a bit awkward for me I am really used to my Xbox controller) 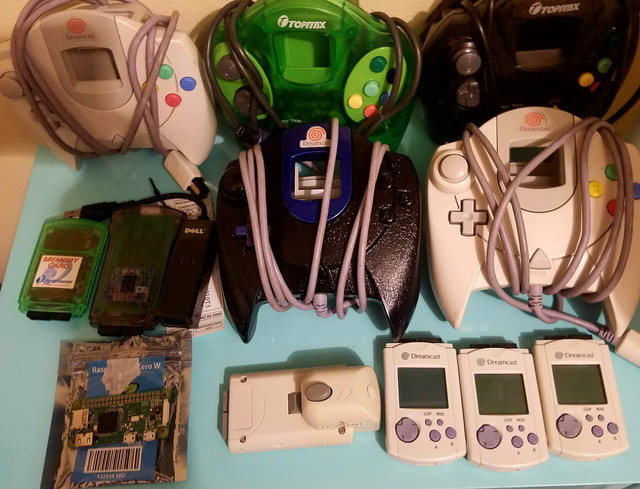 I don't own many games personally mainly just borrow them from a friend.
Top

I've just rediscovered my love for the DC, I've opted for a clone gdemu myself and it's been great so far, just got to disc 2 on shenmue. As for the fan I replaced mine with the Colingall 3d printed mount and noctua, it is aaaaalmost silent now.also planning on getting a dream pi in the next week or two

The Dreamcast was a slightly before my time so I never played it when it was relevant actually I didn't play any of the sixth generations of video game consoles when they were relevant I got into gaming in the 7th gen with the 360. But now that I can afford to buy stuff from previous generations I am discovering why so many like the Dreamcast. The clone gdemu is probably the route I will take for the va1 since the original ones are a bit expensive and almost nearly impossible to get ahold of, as for the fan mount you mention I assume its for the va1 since the va0 has an extremely tight space for the fan due to the heatsink. Shenmue is on my list of games to play. 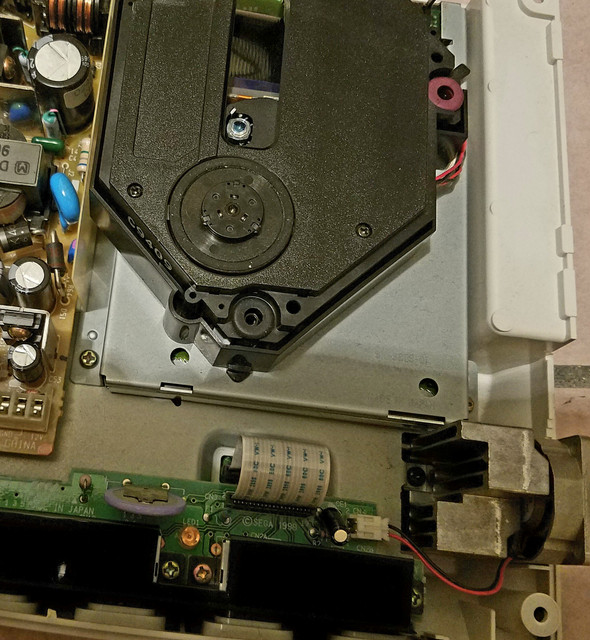 You've missed out on a lot starting that late lol, re the fan mod I'm not sure tbh maybe it is for va1 and 2 only, it's made a huge difference tho, when you do get gdemu I'd recommend the pico power supply or modding your current one as otherwise it gets very hot and makes a burning plastic smell as it doesn't use the 12v rail anymore

You should get to shenmue ASAP, controls wise it is very of its time lol but it's worth it for its story... "Do you know of any bars where sailors hang out? "

Everyone says casts are noisy o.0

My rev0 is like silent.. my Sega Sports rev1 "fans off" a little more but still silent unless the thing sits next to my head

You must be really, really lucky or deaf

Yea that is what I been told by others that I came late. I can imagine the va1 with a Noctua fan being a dream since I have the same brand of fans on my pc. The pico power supply is something I have considered on the va0 (white one) but I have seen the price for them be so low that I may end up doing it to both lol. I know I know I got to get Shenmue actually, Adam Koralik video on Shenmue was one of the reasons I bought the Dreamcast. mistamontiel must be using next level lube on his fans lol
Top

I'd only bother with the pico if you install a gdemu or current supply fails personally not sure there's many advantages to it other than that, could be wrong

From what I have read some of the reasons for a pico power supply swap is more free space available in the case and less heat in the case but you are right I only plan on it if my power supply stops working that is why I didn't list it on the mod list.
Top
Post Reply
37 posts