Forum rules
Please check the other forums in the Dreamcast section before posting here to see if your topic would fit better in those categories. Example: A new game/homebrew release would go in the New Releases/Homebrew/Emulation section: http://dreamcast-talk.com/forum/viewforum.php?f=5 or if you're having an issue with getting your Dreamcast to work or a game to boot it would go in the Support section: http://dreamcast-talk.com/forum/viewforum.php?f=42
Post Reply
10 posts • Page 1 of 1 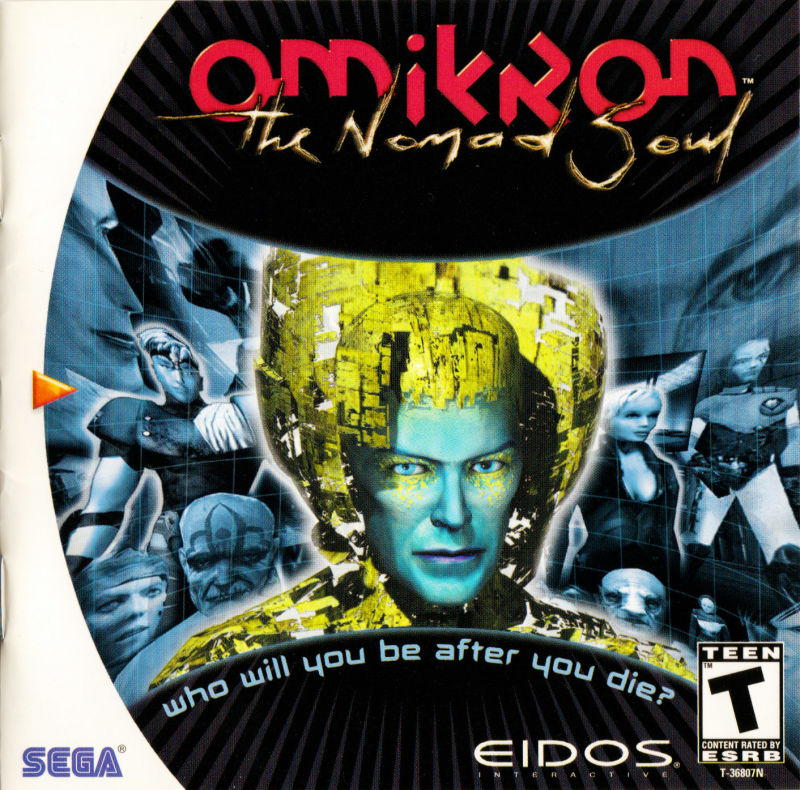 Man all kinds of occult and demonic crap in this one. From the first minute and even the title screen. Saying that this transcends playing the video game and the player is transferred into the protagonist and all that. Big yikes lol

Im shocked this didnt get an M rating. Full of blood, demonic stuff, sex, depravity, etc. I'd be terrified playing this as a kid from how sinister it is. I kind of am, even as an adult.

David Cage is one helluva weirdo.

I youtube'd just for David Bowie's speech since all the hub-bub about Omikron and the new variant name Omicron...
https://youtu.be/uzbKjSgvcdw


and now Im about half way through - heavily reliant on tutorials since a lot of the conditional things you have to do to progress have not been intuitive to me.

I was following a Youtube walkthrough until it became apparent the guy didnt know what he was doing for large sections of it.
Text walkthrough much better and even then some confusion haha.

I have to emulate this one: the controls are absolutely horrid, but re-mapping buttons like Dpad to Joystick for movement alleviates it partially and save states for emu. As the save system is utter garbage. Also, was nice to hold onto Kay'l as long as possible before being forced to switch to another character. Not really a fan of being forced to change protagonist, despite having the same 'soul' even it being the concept of the game. Eh.


My critiques - Jank. The FPS and brawler aspects are not well done, like at all, but there's something very atmospheric and esoteric about this one and it's an interesting concept to throw so many different genres together. If they actually re-did this game and made the FPS and fighting mechanics somewhat decent, and the game more intuitive, they might have a cult hit on their hands that doesnt have glaring flaws.

Part of me doesnt want to continue out of fatigue, part of me wants to see what happens for the second half but 'first hand' without watching videos of it.

I watched where David Bowie sings at a club early on in a walk through video, and didnt get there myself and seem to have progressed way past that since im half way through - how do I get the game to show me that?


The intro with Kay'l's apartment, seeing the city, and the Security HQ was so compelling.

anyways this wasn't supposed to be a stream of consciousness so much as open the door to the topic of this game. Discuss!
Last edited by areyareadyherewego on Sat Dec 04, 2021 12:06 pm, edited 1 time in total.
Top

Everything you just said sounds insane... and I wanna try it...

The game seriously goes downhill in the 2nd half. I watched a playthrough

also the 'plot twists' - very repetitive. Im actually kinda glad I stopped where I did, I feel fulfilled

https://youtu.be/auT0a_vgY50
Here’s the video where Bowie is doing the singing too , different character than floating gold head
Top

i love this game, but i must admit never reached to complete it
almost

what happened? i had a game save , quite far into it
but i made the error to left it for too much time, and when then i had tried to continue it
simply I no longer remembered what I was supposed to do, due his particular mechanic

also not easy to find the correct point, watching longplays
but one day...lol
Top

kremiso wrote:i love this game, but i must admit never reached to complete it
almost

what happened? i had a game save , quite far into it
but i made the error to left it for too much time, and when then i had tried to continue it
simply I no longer remembered what I was supposed to do, due his particular mechanic

I think you got lucky

As a student, I tried once to finish it but I got stuck at some point and dropped it. I gave it a second chance some years later and I was reeeeealy determined to go all the way to the end. Surprisingly enough, I did it. I liked the atmosphere, the story was OK, and I think it came as close to an "open world" thing as it could have gotten with the hardware limitations of the era. Granted, the graphics definitely could have been better but this was a PC port and too huge of a game to do it "properly".

With all the demonic stuff, the sex, the killings, the underworld, Bowie and all kinds of crazy shit, this one is for weirdos. Some will love it, many will hate it.
Top

As I first found out the new virus is named omicron, the videogame Omnikron was the first thing that came to mind. But yeah I will admit, that is one weird yet unusual game.

True story: I remember when the guys, who worked at the arcade I used to frequent back in the dreamcast days, were asking if I wanted to buy a copy. I was like,.......wut? o_O
Top

My favourite game on DC, probably after Shenmue II. Close one though. For it`s time it was a truly groundbreaking game. Big open world (little to no loading screens between areas) (!) , exploration, tasks with multiple solutions, dark sci-fi setting, great lore... Not many similar games on Dreamcast. Shenmue and maybe Urban Chaos.

For me there were two problems with this game.

First - graphics, obviously. It looked like an N64 game on DC. There were even rumours, that there was a 70% ready PS port of this game.

Second - as the topic starter mentioned it was way too ambitious for it`s own good. It included fighting, shooter, puzzles elements. Some might would have liked one or two, but all three? I easily see people get put off by this game. Especially in puzzles department. Player is expecting to play an action RPG, but then is thrown to solve quite challenging puzzles.

This is an exciting, but at the same time frustrating game at some of the moments. Nevertheless it was so ahead of it`s time, and there are no games like this on Dreamcast. It is closest you can get to Deus Ex on PS2 or KOTOR II on XBOX (I know, that`s hell of a stretch). I believe this game is a must at least try for every Dreamcast owner.
Top

In all honesty I love the game , first playthrough was awful RF Video Output and did not know where to go and got lost pretty quick especially Mos Eisley like place from StarWars.

But now im looking forward to replaying it with VGA Output I have an Enhanced PC Port aswell from GOG but Dreamcast is just that extra special.

Besides all that it has David Bowie as an actual character which I think is pretty cool I liked Labyrinth 1984/86? to bad he did not do more acting he was pretty good as an actor too.
Top

Yeah, I think we were all surprised to see that David Bowie guy, was actually in the game. I was like, wow! I'm not a huge fan of him, but it was a great cameo in a sense. And yeah, I remember him in that 80's fantasy movie. I believe he played the role as the scary villian sorcerer guy in that movie.
Top
Post Reply
10 posts • Page 1 of 1